FC United and SCL are paving the way

FC United of Manchester boss Karl Marginson is a huge supporter of the work SCL are doing at his club and had praised the way they are teaching his aspiring young first-team stars in the right way. 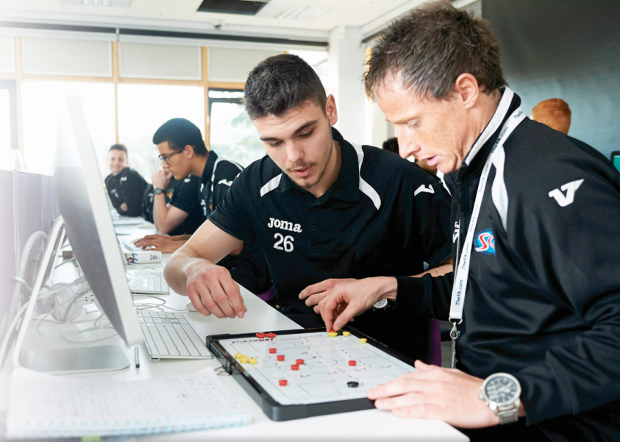 Last weekend, 17-year-old academy defender Samuel Baird made his first-team debut, playing a starring role in a vital 4-2 win over local rivals Stalybridge Celtic, and was named man of the match.

First-team manager Marginson keeps a keen eye on the Academy at FC United, and says players such as Baird are a great example of the impressive work being done behind the scenes at the National League North side, with help, of course, from SCL.

SCL is an innovative private education training provider that allows grassroots and professional football clubs to inspire youngsters in their communities into education and develop future first-team stars.

Over the past 15 years, SCL has teamed up with over 50 Non-League and professional clubs to create football academies for 16 to 18-year-olds.

Football training plays a key role at the academies, but the main emphasis is on the players’ education.

“SCL have been brilliant for the players,” said Marginson. “We had a meeting over the summer, and were so impressed by what we were shown, and the partnership has started fantastically well.

“Since SCL took over the education at FC we have seen a new side to the lads. Their tutor, Paul, has invigorated the lads and it’s great to see them actually excited to attend college.

“He has been fantastic in many ways, and not only does he deliver a fantastic education programme, but his pastoral care has also been brilliant, and he ensures the lads develop their emotional intelligence to ensure they not only develop as students, but as individuals who want to have a positive impact in the local community.

“When I took over [in 2005], it was a lot harder for our academy, especially as we didn’t have our own ground, and where we had come from.

“But things have moved on a lot since then. This is our first partnership with an organisation such as this and SCL have been fantastic.

“It’s helping the academy, no doubt. Attendance has been great, and with the programme held at our ground, it is bringing everyone together. The lads can spend time together away from the training pitch, and it also helps our staff who can now get to know the players more.”

Sadly, not every Academy player will break into first-team football, or make it as a pro, but with the help of SCL, footballers are being provided with an education to fall back on.

SCL’s Partnership Director and co-founder Steve Franks told The NLP: “Our Academy programme uses the power of football as a tool to motivate and encourage young people to stay in education while keeping one eye on the dream of progressing through the ranks to the first team or other opportunities in the football sector.” 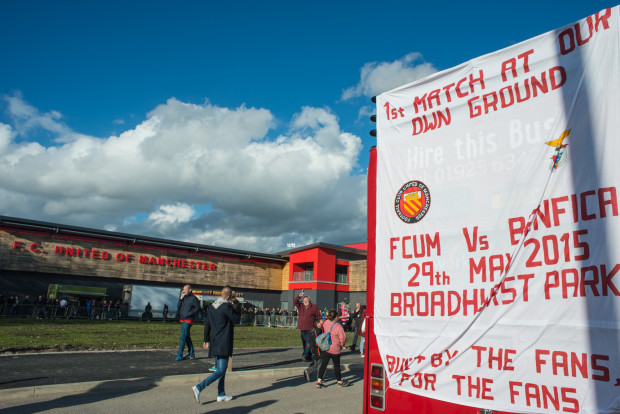 This is a value FC United and Maginson also pride themselves on, and he said: “Of course the football is important, because at the end of the day we are a football club, but the values our players are taught are also important.

“It’s all about creating good people, and making a balance in people’s lives. We want to develop them as footballers, but we also have to show them the right behaviour, the right way to act and how we want them to represent our club. We have to keep them grounded.”

And the hard-work being put in by SCL and FC United of Manchester is clearly paying dividends, with success in the form of players such as Baird and Fuller, and the form of the club’s second year Academy side.

As well as reaching the first-round of the FA Youth Cup for the first time in the club’s history, they are also unbeaten so far this season in the league.

“Sam [Baird] made a real impact last Saturday,” said Marginson. “The standard of our Academy is now great for their growth and development. With the help of SCL, it’s now a great environment to learn on a personal and team level.”