Delivering a mix between in-classroom and on-pitch learning, the Strachan Football Foundation are working in partnership with official education providers, SCL, to deliver nationally recognised qualifications in sport; creating the next generation of sports professionals.

Providing opportunities for 16-18-year olds to complete their Level 3 qualification in sport whilst training full-time, the Strachan Football Foundation are creating and improving pathways for ambitious young learners to take their first steps towards a career in the industry.

Having played for the likes of Aberdeen, Manchester United and Leeds United, and managing clubs across England including Coventry City, Southampton and Middlesborough before leading his country, Scotland, in 2013, Gordon Strachan is undeniably an inspirational leader in the world of sport.

When his son, Gavin Strachan, and a friend of the family identified a demand for more than just football training, but an education too, the Strachan Football Foundation was born.

Reflecting on the curation of the Foundation, Director, Gordon Strachan explained: “There were so many kids that wanted to play football, but we felt that there was an area where education and football should come together.

“We had that in academy football, but that was just for professional clubs. We wondered whether we could put that together.” 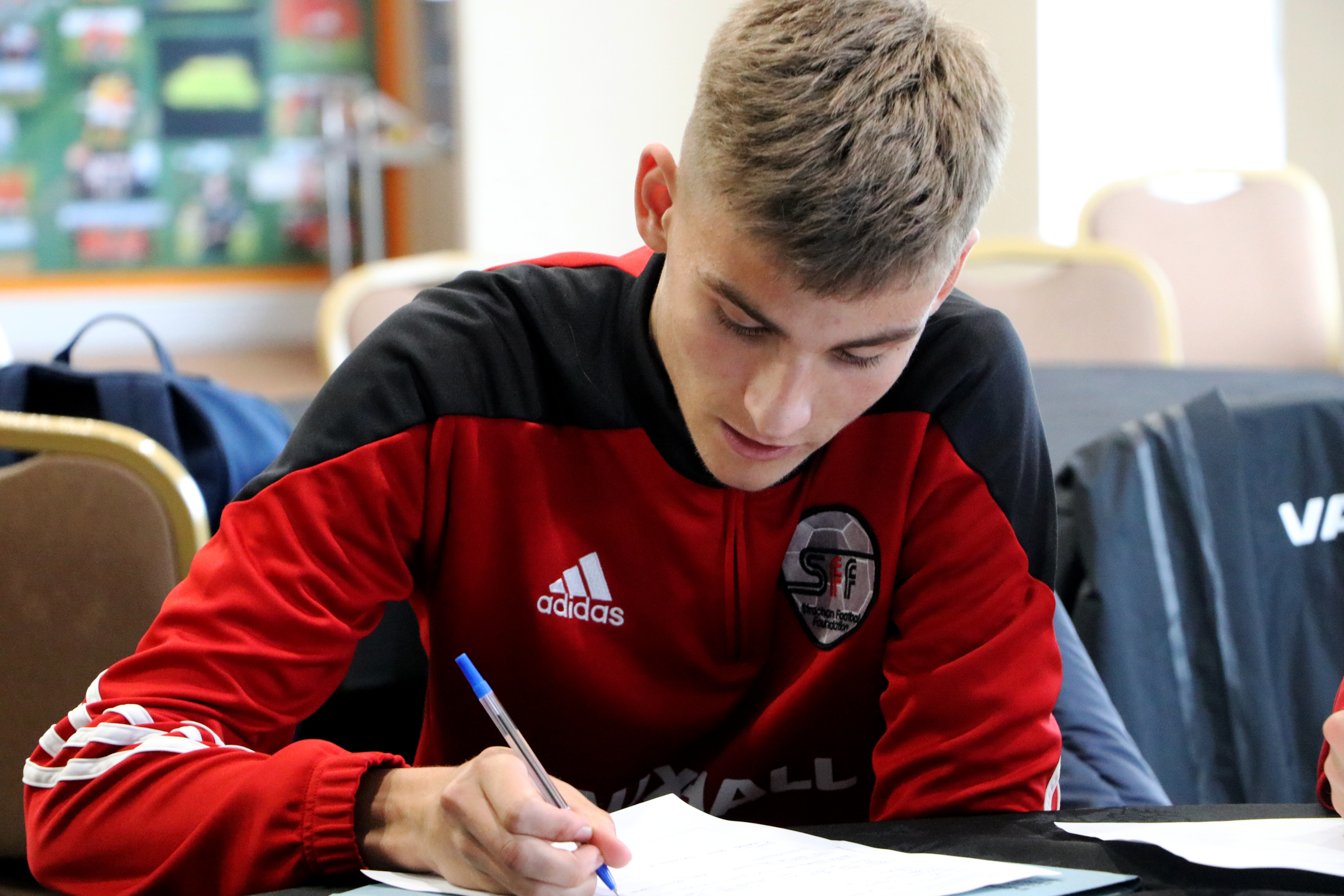 And it seems the Foundation has caught the hearts of not only Gordon and his son, but the whole Strachan family.

“You get the bug for it, you get sucked into it. And that’s what happened to me. The whole Strachan family got sucked into the Foundation and it’s been so worthwhile”, Gordon continued.

With a career in football spanning many years, Gordon’s passion for the sport is what today motivates him to give back, as he continues to inspire the next generation.

“I just love watching people playing football and enjoying the game. I’m never going to stop enjoying that until the day I die.”

“I work in the Foundation but I work at Dundee so everything is around youth football right now because I’m just wanting to give everyone a little bit of the fun, excitement and the wonderment that I’ve had through football.”

Having gained a lot from football, Gordon continued: “Everything I’ve got, I owe to football, and I’m not talking materialistically. My sense of humour, what I’ve done, where I’ve been, people I’ve met – wonderful people. That’s one of the reasons that I love football. It opens up possibilities all over the place for people.”

Recognising the importance of educating learners both on and off the pitch, the Foundation pride themselves on the first-class education delivered by official education partners, SCL.

“Educationally here, we’ve come on great”, Gordon explained. “Not only are we educating people on the football field, but we’re educating them off of it.

“If it wasn’t for SCL, we wouldn’t be doing what we’re doing. Between us, we’ve put this fantastic operation together and we’re grateful. There are three parties – there’s SCL, the Strachan Foundation and the students. Everybody benefits.”

And the results speak for themselves. “We’ve had great news that everybody’s passed the level that they should be at right now”, Gordon continued. “They’re enjoying the sport, but they’re enjoying the education at the same time.”

Welcoming guest coaches to the Foundation, including England Under-21 Manager, Aidy Boothroyd, and former Everton and Republic of Ireland midfielder, Liam Carsley, Gordon explained: “We’re so lucky that the contacts that we have in football allows us to bring in top, top coaches.

“They’re not only good coaches, but top men. Because that’s what we’ve got to do here. Produce top lads who respect anybody they meet.” 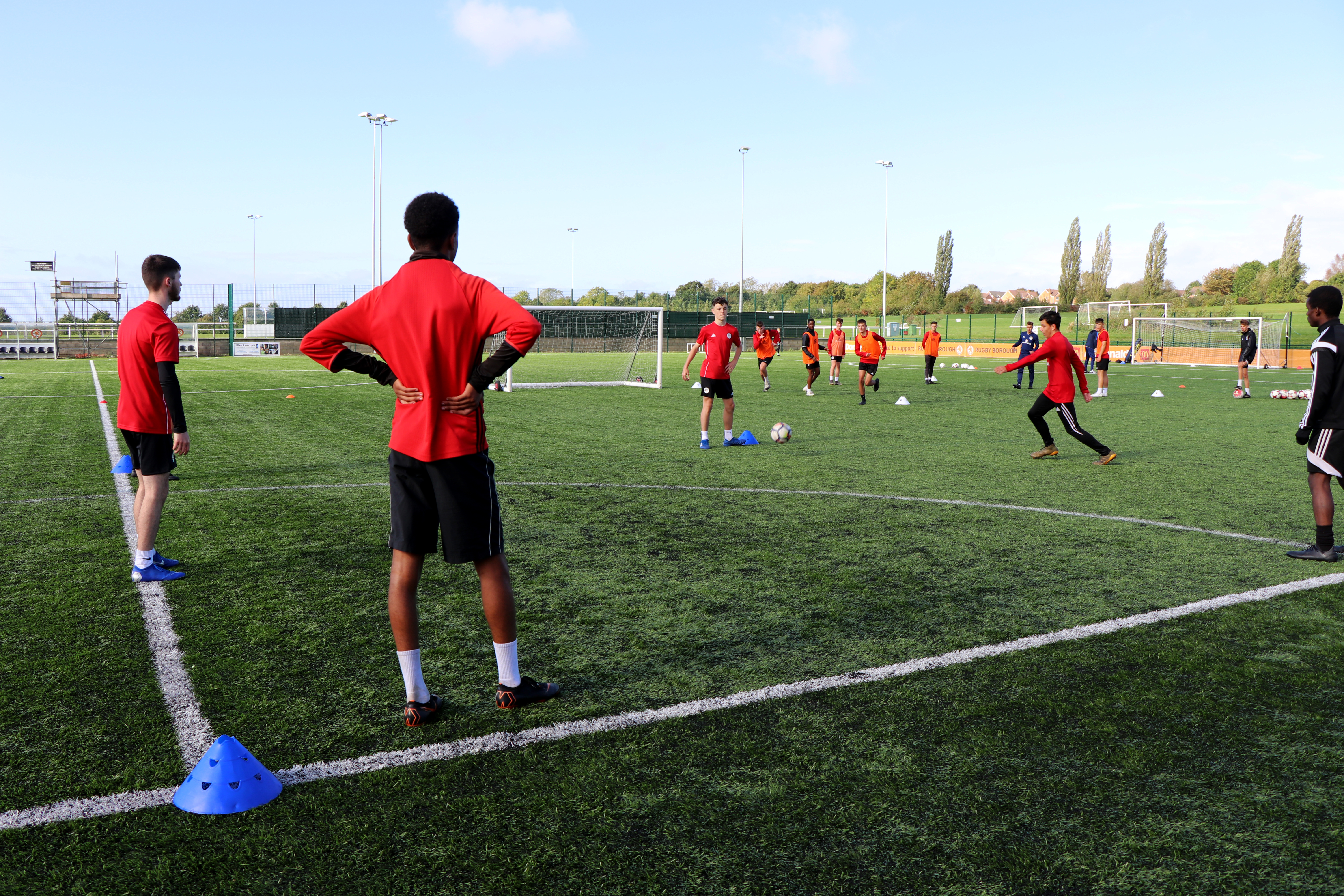 But it’s not all eyes on the game at the Strachan Football Foundation. “This is a non-profit organisation which we’re proud of”, Gordon explained.

“I speak to people around Britain and the first thing they say is ‘Have you produced any footballers?’. Yes, we have. But most importantly, we have produced good men. Good young men who can go anywhere now in Britain and I would trust them to do any job that they get picked for, impeccably, with respect for their colleagues and respect for their management.

“That’s the thing that we’re most proud of here at the Strachan Foundation.”

Reinforcing that a career in sport goes beyond being a footballer, whilst highlighting the opportunities available for learners upon completion of their programme, Gordon added: “Everybody when they come here wants to be involved in football, but we can get them there, it doesn’t have to be as a footballer.

“They can be a physio, they can be a sports nutritionist, an analyst or they can be a coach. We have people coming through here now who are A licence coaches. We get real pride in that.”

Making a difference has always been important to Strachan, even as a player. Reflecting on the impact the programme has had on the lives of these youngsters, Gordon said: “When they first join us, sometimes life’s not been great at school, they don’t know where they’re going in life. We give them a direction and we give them a chance. It’s up to them to take it.

“We’re so happy that nearly 400 people have moved on from here after taking an opportunity. All kids need an opportunity and we give them that.” 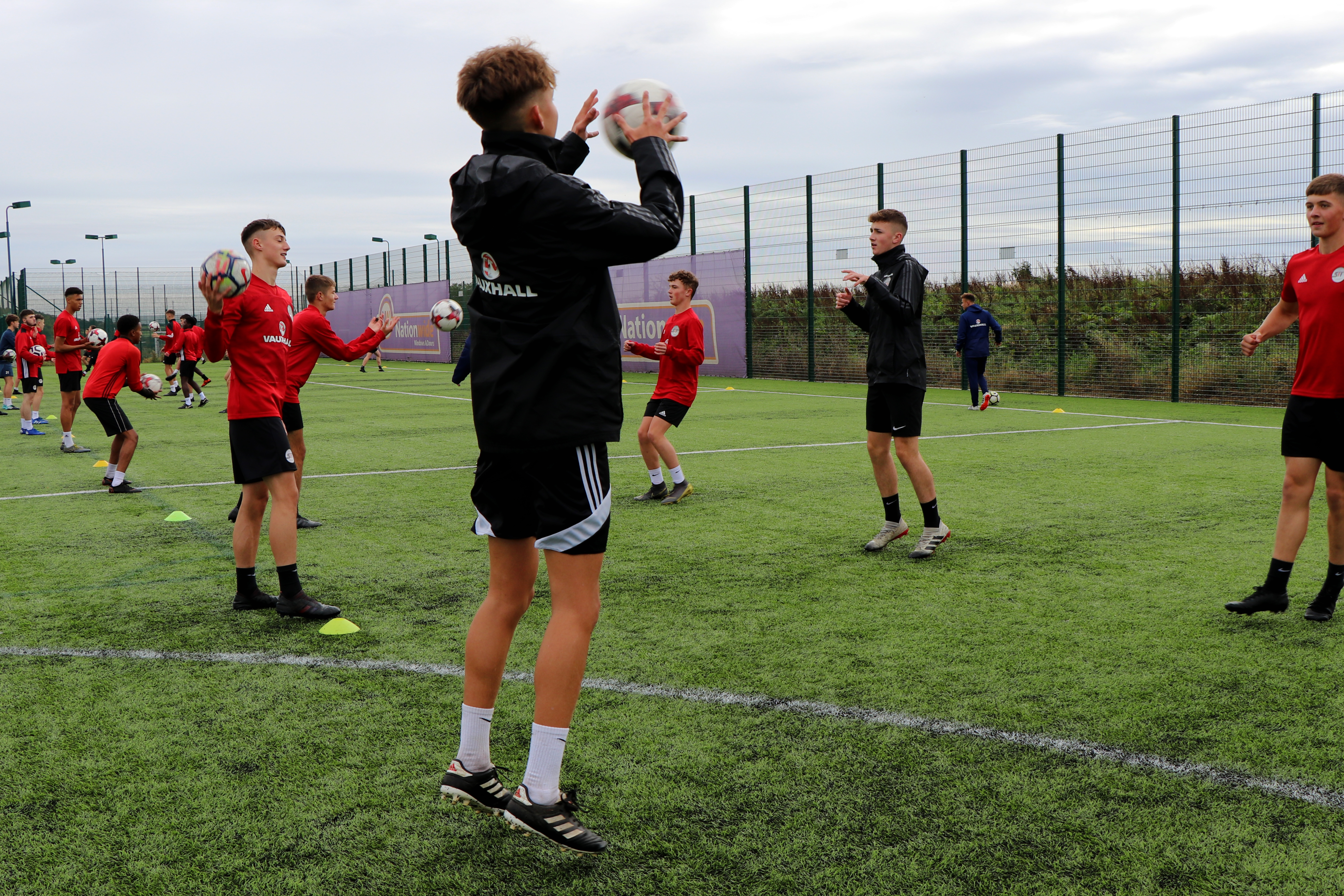 The high level of football training coupled with an unrivalled education programme creates a great opportunity for youngsters looking for a career in sport, delivered at some fantastic facilities.

“When you’re a coach and you walk onto an area like this with offices, dressing rooms, lecture rooms, top pitches, it makes us feel better and that helps us then to motivate the kids. I’m sure the kids when they see this, the facilities that we’ve got here, they enjoy it as well.

“That’s all great, but it’s the people inside the business too”, he added. “It’s the people, the coaches, everybody. We motivate kids every day by having a chat with them. Through this environment that we’re working, it’s motivated nearly 400 kids to move on to do great things with their life.”

And with links at St George’s Park; home of the FA and the England National Football teams, the training facilities and opportunities that learners are exposed to really are hard to beat.

Gordon explained: “They train at St George’s. The testing with VAR that you see on the TV, our kids helped to make that work. They go up there to play tournaments. If the FA or the coaches need players to work with, we send them there.”

To find out more about the Strachan Football Foundation, delivered in partnership with SCL, visit: www.wearescl.co.uk/strachan-football.