Strachan Foundation and SCL partnership: Giving kids a chance not just in football but in life.

Both on and on the pitch, Gordon Strachan has enjoyed a glittering career. Not only did the fiery Scotsman star play for the likes of Aberdeen, Manchester United and Leeds, but he’s also shone on the touchline.

During Strachan’s club career, the Scot won some of the most glittering prizes in the game, including the English Division One title (now the Premier League), the FA Cup, the Scottish Premier League and the European Cup Winners’ Cup. Gordon also represented Scotland 50 times – appearing in two World Cups. He has since managed Coventry City and Southampton in the Premier League and Celtic in the Champions League and also had a short spell at Middlesbrough. He was then in charge of Scotland for four years - which he described as a ‘dream job’ and an absolute honour to lead his country. 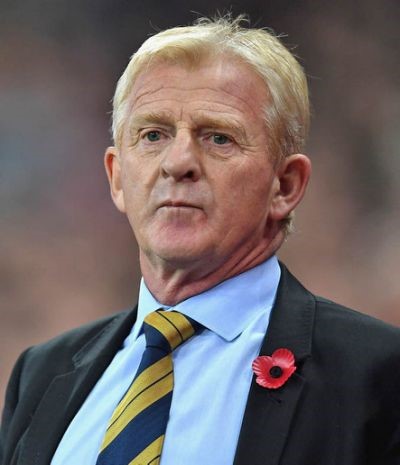 In partnership with SCL, the Strachan Foundation is now looking to pass on the 60-year-old’s wealth of experience to the next batch of stars, by running a two-year football training and education programme for 16-18 year olds, based in Rugby.

George Mackie, Director of Football at the Strachan Foundation has a wealth of experience in Football. George plied his trade for Dundee, Partick Thistle and Odense of the Danish Premier League as a player, before moving into coaching with Coventry City, Dundee, Livingston and Arbroath. George has attained the prestigious UEFA PRO License qualification – the highest honour in coaching. George has had some great achievements in his coaching career guiding Coventry City Youth team to two consecutive FA Youth Cup Finals against Arsenal and West Ham United. 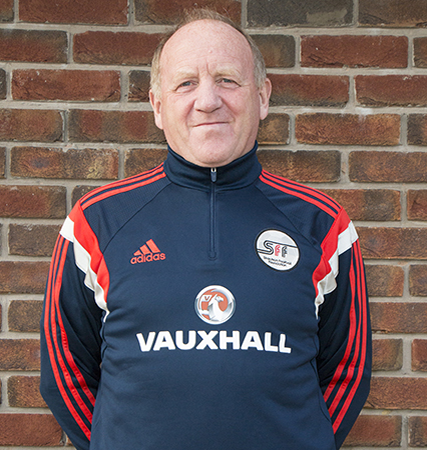 The high level of football training available coupled with an excellent education programme from SCL, creates a great opportunity for youngsters looking for a career in sport which is run at some fantastic facilities.

George Mackie, Director of Football at the Strachan Foundation told The NLP: “The link at Rugby Town junior football club is some of the best facilities in the country, gives us the opportunity to work with them to improve the site and enhance our programme. “

Ian Cooper, Curriculum Manager at SCL Education Group told the NLP “It’s an outstanding all round facility, range and size and services of the pitches are phenomenal with better facilities than most league football clubs, classrooms on site, a safe environment.”

Gordon Strachan, Director at the Foundation and former Scotland manager is a regular face at the training ground and takes a strong interest in the goings on with the Foundation.

The programme gives students the opportunity to go onto many exit routes such as University, Apprenticeships, playing professional and semi-professionally, football coaching, sport, leisure and fitness jobs. Students will also benefit from fixtures against professional clubs, US college and touring teams, visits from guests with premier league experience, physio from Coventry University and regular visits to St George’s Park.

Paul Shepherd, Tutor "The programme that the staff have developed here has led the way since its formation in 2011. Since the senior coaching staff have unrivalled experience, coming from top professional academies, this model was followed from the start (which many competitors now also use) allowing an academy experience to rival (and by all accounts surpass) the academies of professional teams.”

“We were recently praised by Ofsted for our progression rates on to higher education being well above national averages after supporting our learners through both the UCAS system and the US Scholarship application process to send 85% of one of our cohorts to Universities in the UK and USA.”

George told the NLP, “Our motivation is to give kids a chance not just in football but in life.”

“There is a lot of kids who come out of things and don’t have a target in life, their parents have targets for them which mainly is education, going to university, college and staying on at 6th form to do A-levels, some just don’t have that mentality to be able to do that, so really it’s a go between where football is an enticement for them but they also have the education which gives them that pointage to be able to make that university choice 2 or 3 years down the line. So then we try and teach some life skills and actually just knowledge of life and an understanding of what adulthood is and how they can go forward in life to a passageway to university or into jobs, into work.”

“They may be kids who did not like exams and could not meet up to that we try to change that so they to face up to that and become more self-assured and self-confident.”

“We try to give them the discipline of coming up every day being on time and make sure they have the right profile for someone going into interviews or actually into the workplace.”

“We hope they become more rounded people going into society and are more beneficial to employers.”

Talking about the education side of the programme George told the NLP “I think SCL gives us everything we require to have the education in place, to have the proper people in place, to have people with drive, people who are heading in the same direction as us, they are now giving us that extra degree course at the end of it and I know they are pushing to do other things”

George told the NLP, “We have a full time teacher and a part time teacher so we have a good staff there and they have 56 boys this year on the programme, they do their BTEC in sport.”

“Where Football is a carrot for them Education is a priority that they have to adhere to because if they don’t get the education right then there is no 2nd chance for them.”

“And we really need to give them as many options and chances as we can. “

“And now with that added bonus of the degree course on the end.”

Ian Cooper, Curriculum Manager at SCL Education Group said “We are trying to work a lot more closely with the local community. Students get a chance to go on whatever course is best for them. “

“We offer a bespoke approach in a flexible environment where the tutors and the students are supported throughout the year.”

“Education has always been at the forefront of the Strachan foundation, so the parents and the students really appreciate the importance of a good education alongside football and how learning benefits them on and off the field. Ultimately the gap between football and education is closing. The students, the coaches and the tutors are all working off the same hymn sheet which is beneficial to the students. “

Talking about the continual development of the programme George said.

“Absolutely because that’s what it’s all about, I’m 63 I don’t want things out of this and it’s the same with Gordon, Gordon is a huge advocate of the not for profit because it is for the kids, of course he comes in a lot to take training sessions and pass on his knowledge.”

“We hope to develop our coaches to go on to professional clubs and then we will bring in new ones out of the boys, we have just taken on a boy who has been 3 years with us and we have employed him to be one of our coaches.”

“One of our coaches who was with us last year has now gone to Coventry city to be head of a department.”

Talking about the SCL Development League George told the NLP, “it develops them as players to play in a way which we would hope will stand them in good stead, which ever level of football they end up playing at whether its professional or semi-professional we try and get them up to level of understanding, game understanding which hopefully makes them aware more of how the game Is played.”

The SCL Development League currently has 45 clubs and is for players aged 16-18 years to compete for the chance to win the divisional championship and go on to win the “Champion of Champions” title.

The programme has seen much success, George told the NLP “We have had 3 boys go on to professional football from the academy which is a great success.”

“We have a boy who has just made his first team debut at Coventry City and another one who has just gone down to Bristol Rovers. “

“We have had 8 or 9 boys go to scholarships in America where football is still the attraction within that scholarship but the season in America is very short so the rest of the time they are working on their education. “

When asked about the competition in the local area and other opportunities for young people George told the NLP,

“Other people will do it and that’s fantastic and they will do it their way and we do it our way but you can’t stand still it’s like every other thing, you can’t be living on things that have happened in the past you have got to be looking for new things.”

“We have to up our game with what we do.”

“We have to up our game in what we deliver.”

“We have to up our game in all the things we can deliver to them.”

“We hope a great level of education and a wider spread and obviously the football on top of that.”

George told the NLP about how he feels that SCL is the right partner to help them meet their objectives, “

“We would not have joined with SCL if we hadn’t though that.”

“We have every faith, had every faith and look forward to having more faith in what SCL are going to do for us and the kids especially.”

“We are both very forward looking both the Strachan Foundation and SCL and I hope in partnership we can develop one of the best providers for kids in this country.”

Steve Franks, Partnership Director, SCL Education Group said: “We are proud and privileged to be working with Strachan Foundation. Their dedication and mission to put young people first and give them an opportunity in life is something we feel very strongly about. “

Find out more about the Strachan Foundation’s programme in partnership with SCL at http://wearescl.co.uk/strachan-football