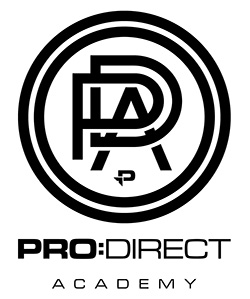 Inspiring 16-year-old Billy Porter is determined to continue his passion for football, despite suffering life-changing injuries following a fall at his sister’s house last month.

Billy, who was due to start a study programme with SCL’s Pro:Direct Academy in Hitchin this week, was rushed to Addenbroke’s Hospital on August 1 after tripping on the stairs of his sister’s home and landing head first on a floor tile.

A scan revealed a small bleed on Billy’s brain and on August 10 he underwent surgery to remove the right-hand side of his skull, which was badly bruised and damaged.

Told by surgeons that he would have some form of brain damage for the rest of his life, Billy will need speech therapy and will learn to walk again at hospital.

On August 12 Billy woke up for the first time in 11 days, struggling to stand up by himself and slurring his words.

Remarkably, Billy visited the Pro:Direct Hitchin Academy on the first day of term, delivering an impassionate speech to students on the study programme.

Academy Coach Damon Lathrope visited Billy in hospital, while teaching and coaching staff have also supported his family and friends during what has been a difficult time.

“Billy has shown unbelievable courage to pull through and our thoughts and prayers have been with his family and friends throughout,” said Matt Winch, Billy’s teacher.

“Everyone connected to the academy have joined together in their support of Billy, and to see him at our site on the first day of term was inspiring for all of the students.”

Matt has arranged for him to experience some light sessions at the Hitchin site with first team manager Mark Burke.

“Billy is extremely passionate about football and he dreamed of becoming a professional footballer,” added Matt.

“Hopefully the sessions will give him a different focus as he takes the first steps of his treatment. I know how much Billy was looking forward to joining us on the course and it will be great to have him on site with us.”

A fundraising page – gofundme.com/f/keep-fighting-billy has been set up to help the family travel expenses and anything that is needed to help support Billy on his return home. The family is also collecting donations handed in to Hitchin Town Football Club and Molly Malones among others.